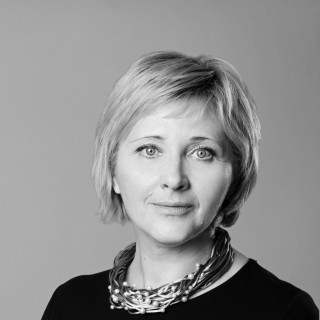 Laima is an ICF certified coach with extensive international expertise in managing large-scale projects in both the public and private sectors. Her rich professional experience has allowed her to successfully accomplish very diverse consulting assignments. Having lived through the era of great political and economical changes in Eastern Europe, Laima is highly familiar with the specific dynamic of post-Soviet societies and the challenges of transitional economies.

She has coached senior executives and managers, high-ranking public officials, as well as start-up businesspeople and high-potential employees. Laima’s areas of expertise include conventional support systems for business, organizational development, motivational and public speaking, life and work balance executive coaching as well as the application of coaching in diverse organizational contexts.

Most recently, Laima has been providing coaching sessions to Lithuanian and international companies such as Fortum, NT Klase, Six Lakes Seafood, etc. Among her clients have been the Vilnius City Municipality, the Lithuanian Parliament, the Lithuanian Basketball League and influential NGOs. Laima has led coaching seminars on practical approaches in various leadership and managerial situations. She has also created and led mediation and team facilitation programs.

Laima was an elected member of the Lithuanian Parliament and during her four-year term held leadership positions in a number of key committees and commissions. She was also the founder of one of the first business associations in Lithuania and later established and headed the first Lithuanian public business consultation center.

Laima has a Professional Master’s degree in Technical Science. She is also certified in Coaching and Mediation. She has completed a number of training programs on various aspects of entrepreneurship, leadership, management and ethics at the International Women Leaders Conference in China, the United Nations Human Rights Course in Switzerland and others, including a nine-month fellowship at Weber State University in the U.S.

She is fluent in English, Lithuanian and Russian.